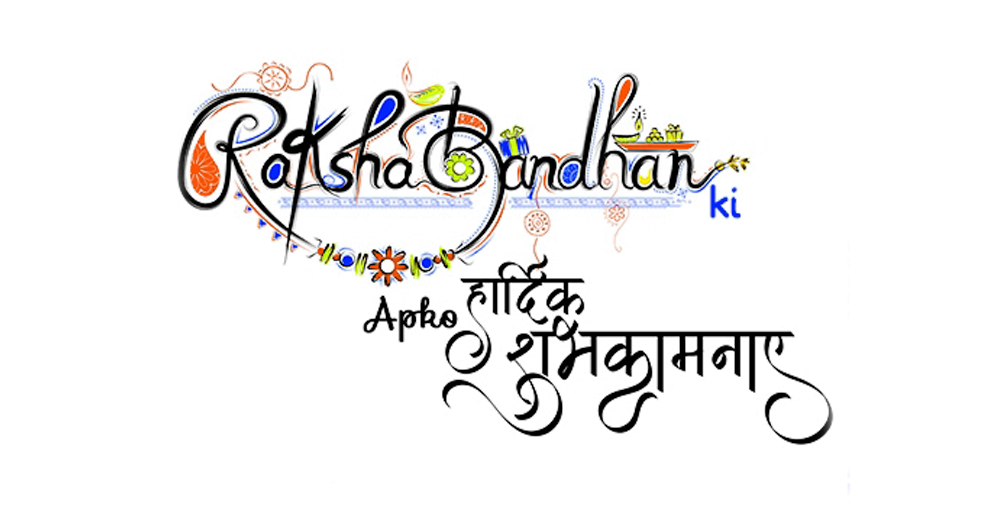 This is the special Hindu Festival observed on the last day of the Hindu Lunar Calendar month of Shravan, which typically falls in August. This year Raksha Bandhan fall on 15th August 2019 on the same day as independence day.

This festival shows the bonding between the sibling brother and sister comes with special unique bonding after the birth in the Hindu family or also in the other Religion in India. Rakhi Festival also celebrated by other religions all over the world.

Raksha Bandhan is a traditional Hindu festival centering on the celebration of love between siblings. In Sanskrit, Raksha means protection and Bandhan means a tie. This festival also celebrated by non-Hindus around the globe. The practice of Raksha Bandhan includes a sister offering a rakhi, or a thread tie to her brother and trying it around the symbol of love.

The significance of the Raksha Bandhan festival is huge in our country. It is celebrated no lesser than any other festival, as it is dedicated to the love of a sister and her brother. It holds immense importance in Hinduism. The name of the festival, Raksha Bandhan is made up of two words, Raksha (Protection) and Bandhan (Relation). On this day, a sister ties ‘Rakhi’ around her brother’s wrist while the brother undertakes an oath to protect his sister until death. He vows to stand by his sister through thick and thin. Sisters tying the sacred thread around the wrists of brothers are a symbol of attachment, meant to strengthen their bond of love.

The Significance of the Raksha Bandhan Festival in India. It is celebrated no lesser than any other festival and it is dedicated to the sister and her brother. On Rakhi sister ties around her brother’s wrist while the brother undertakes an oath to protect his sister until death.