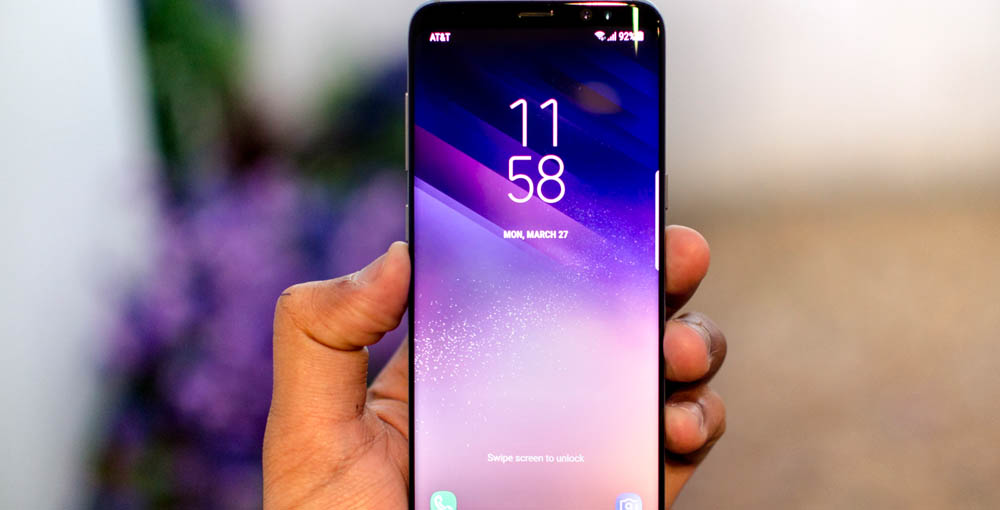 Samsung introduced last year another revolutionary design of s8 and s8 plus was launched in March 2017. It’s a much awaited flagship device, Samsung galaxy s8.It’s breakthrough the confinement of the smartphone screen. With the most immersive screen on galaxy smartphone, you can easy hold on your hand .

Samsung own voice based virtual assistant make it debut on this device and integrated with several Samsung apps and features . In terms of biometric recognition, it supports iris and facial recognition with a fingerprint scanner. It also supports Samsung pass that allows you to enter different apps and services via bio-metric .

Imagine a phone with a world inside it. It opens when it sees your face, learns from you, and erases barriers between you and the world on an expansive, beautiful Infinity Screen. The new Galaxy S8 frees you to live every part of your life anywhere. Samsung Galaxy S8 price in India starts from Rs. 52,490.

The Samsung Galaxy S8 is powered by 1.9 GHz octa-core Samsung Exynos 8895 processor and it comes with 4 GB of RAM. The phone packs 64 GB of internal storage that can be expanded up to 256 GB via a microSD card. As far as the cameras are concerned, the Samsung Galaxy S8 packs a 12-megapixel primary camera on the rear and an 8-megapixel front shooter for selfies.