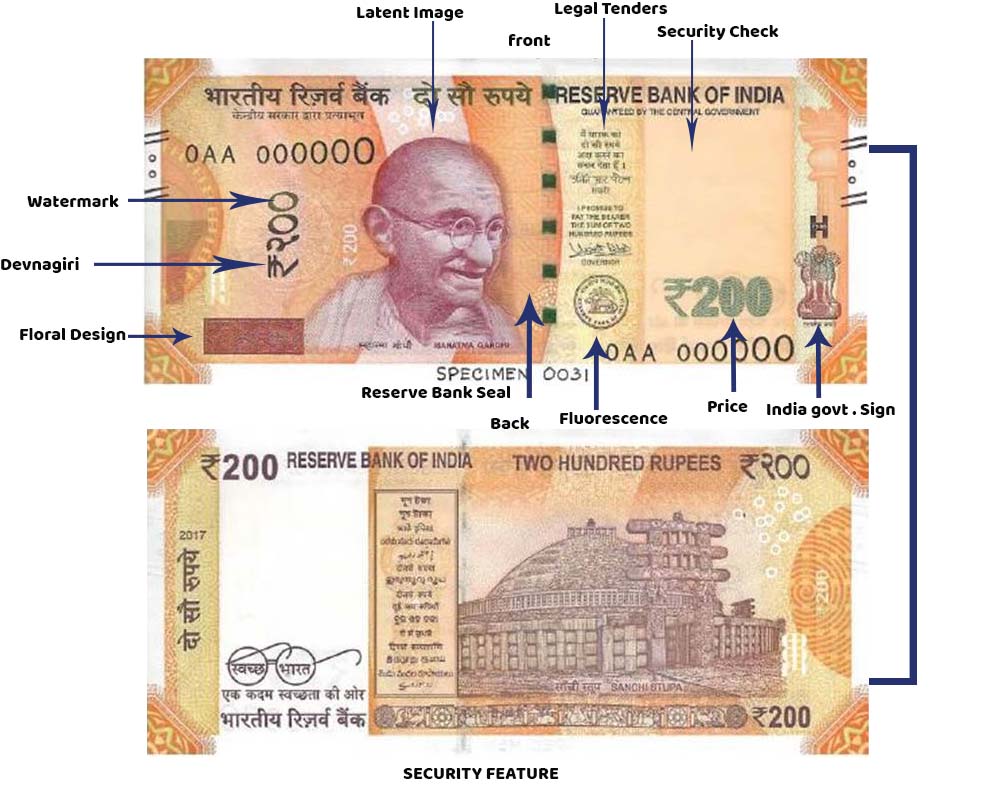 The new denomination has a Motif of Sanchi Stupa on the reverse, depicting the country’s cultural heritage. The base color of the note is Bright Yellow. The note has other designs, and geometric patterns aligning with the overall color scheme, both at the obverse and reverse.

After Scraping of Rs500 and Rs1000 notes for almost ten months by Narendra Modi. RBI is completely issued a new currency of RS200 denomination which the country never has seen before .

The RBI on Thursday made the announcement about the new Rs 200 note in a notification. The new Rs 200 notes have been issued with the intention to make day to day transactions easier since the lack of a denomination between Rs 500-Rs 2000 notes and Rs 100-Rs 500 often cause a problem for traders and common men alike.

New 200 notes issued by RBI will be available soon on bank atm. The base color of Rs.200 notes is bright yellow height is the same as Rs. 500 notes. Reserve Bank of India announced in a press release. The Circulation of the new note is likely to bridge the shortage of small currency notes after the introduction of Rs 2000 notes and. Now in some time Rs1000 notes also back in the market for circulation.