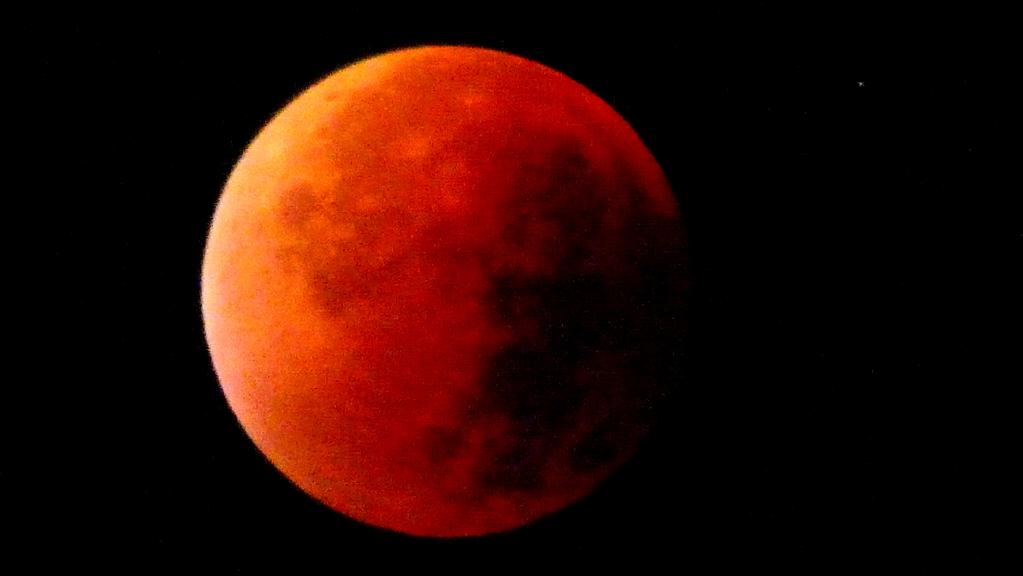 A world witness to rare event appear on space on January 31, 2018. Moon will appear in three color blue moon, supermoon, and blood moon coincide on a total lunar eclipse day also called Chandra Grahan in Hindi. This year’s full moon appears in 152 years at once. During the total lunar eclipse, when the moon gets shadowed by the earth, The Sunlight passes through the earth’s atmosphere and break down. The part of the sunlight gets refracted, giving the moon the tinge of orangish red. This is called Blood Moon .

A million spectators from many countries will witness the rare event of super blood red moon. It’s visible to any part of countries like the United States, Northern Eastern Europe, Russia, Asia, India, and Australia. This will happen only after 152 years. A blue moon means a second full moon occurs in a month; a supermoon means a full moon which is closest to the Earth .

Everyone lucky enough to be on the night side of the Earth during a lunar eclipse is able to witness it. You don’t need any special equipment or protective glasses to view it (unlike the total solar eclipse). But a pair of binoculars will give you a better, more detailed view of the moon’s geography as it darkens in shadow.

What is lunar eclipse?

A lunar eclipse can only happen at the full moon. Only then is it possible for the moon to be directly opposite the sun in our sky, and to pass into the Earth’s dark umbral shadow? Most of the time, however, the full moon eludes the Earth’s shadow by swinging to the north of it, or south of it.

The lunar eclipse is a phenomenon that occurs when the Earth, moon, and sun are in perfect alignment, blanketing the moon in the Earth’s shadow, says NASA. It is called Chandra Grahan in Hindi. In a total lunar eclipse, the direct sunlight is completely blocked by the earth’s shadow.

NASA has called it a lunar trifecta: the first super blue blood moon since 1982. That combination won’t happen again until 2028 and the other one in 2037.

Why it is Rare Event ?